Last week Neil brought home a Lemon Pound Cake Walt had made for the two of us.  I loved this cake so much and asked Neil if he could get the recipe from Walt.  It took several months (time passes quickly) but I finally got the recipe.  Neil had asked Walt if he minded me posting it in my blog, and he wouldn’t mind sharing his mother’s Lemon Lemon Pound Cake with others. 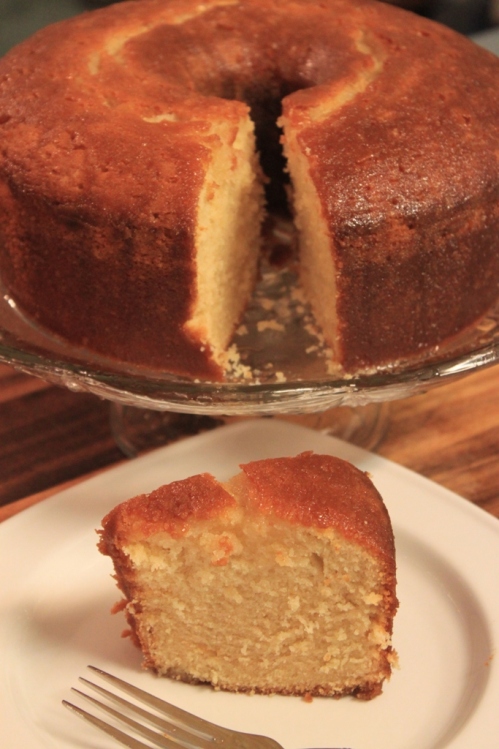 In a large mixing bowl cream butter, then add sugar slowly and cream well.  Add eggs one at a time, mixing well after each addition.  Add soda water to creamed mixture.

Alternately add flour and buttermilk, starting with flour and ending with buttermilk.  Add lemon extract.  Do not over mix.  Spoon cake batter into an UN-greased tube pan and smooth out on top.  Bake cake for 1 hour and 5-8 minutes, or until a toothpick inserted in cake comes out clean.

Remove cake from oven and poke holes all across the top (while the cake is hot) so the sauce will run down into the cake as well as the sides and top.

In a small saucepan add ½ cup sugar, Juice of 2 lemons and 1 Tablespoon water.

Bring mixture to a boil and boil for 1 minute.  Spoon sauce over hot cake.  If you like more sauce, double it and then spoon over cake.