I know it’s been awhile since I posted a recipe, but my internet connection has been down since New Year’s Eve! Wow, what a way to start the new year! lol  Anyway, it’s great to be back online and great to be able to post recipes again!  The Christmas Season had me baking cookies after cookies, but that’s all behind me now and I’m ready to bake something other than cookies…although I love them!  The recipe below is from an Pennsylvania Dutch cookbook called “The Basics and More Cookbook.”  I was told about the cookbook (at a local auction) by an elderly Mennonite lady; she told me this was her go-to-cookbook; that I could find it at a little Mennonite store called Weavers.  I’m happy to say, it’s now in Florida among my endless cookbooks that I love dearly!

I hope you enjoy the recipe as much as I do.

Melt butter in a 9 x 9 pan; mix 1/2 cup sugar and cinnamon and sprinkle over butter; add apple and raisins.

Immediately remove from pan by turning upside down.

The Basics and More Cookbook” 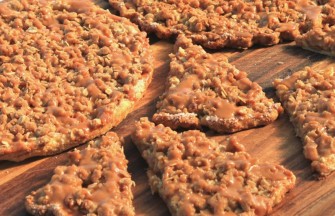 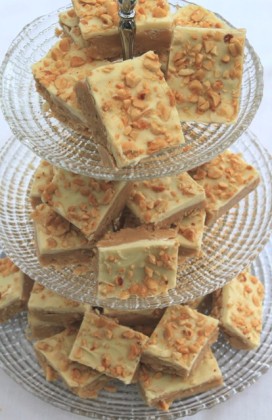 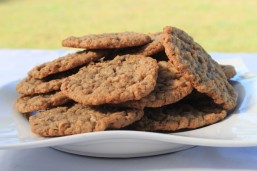 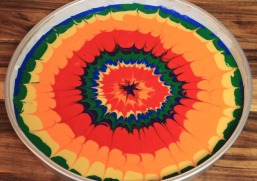